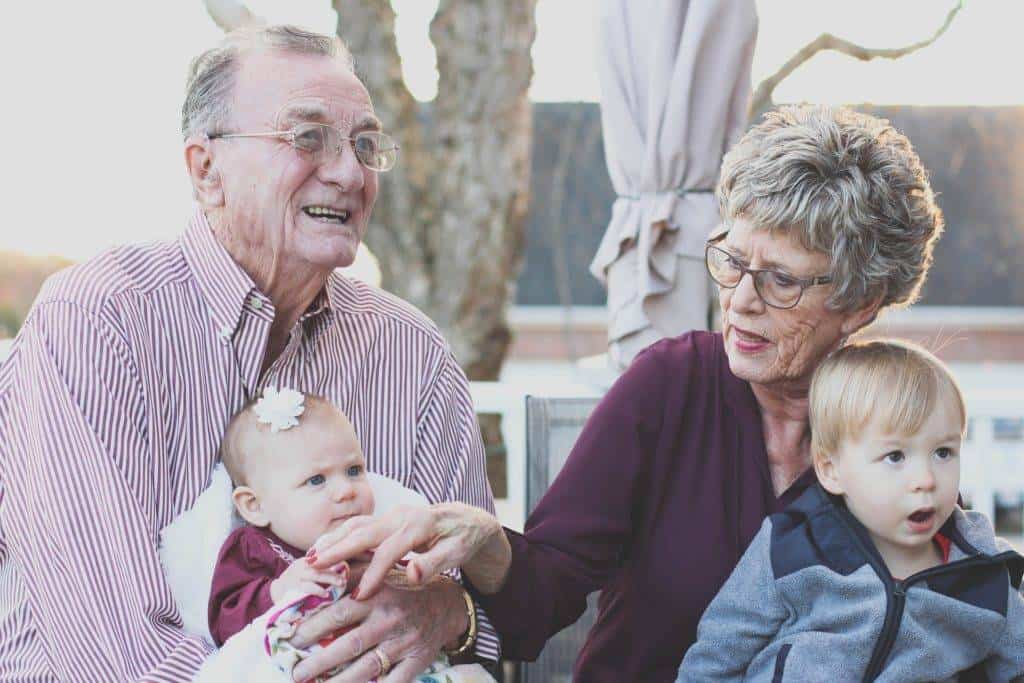 The social services are public industries provided by the government, and private and non-profit organisations. They are services which theoretically, anyone can access and be assessed in. However, the amount of support each person will receive greatly depends on their own situation.

It is a very broad term, but generally any public service that works towards helping the community is applicable for social services. 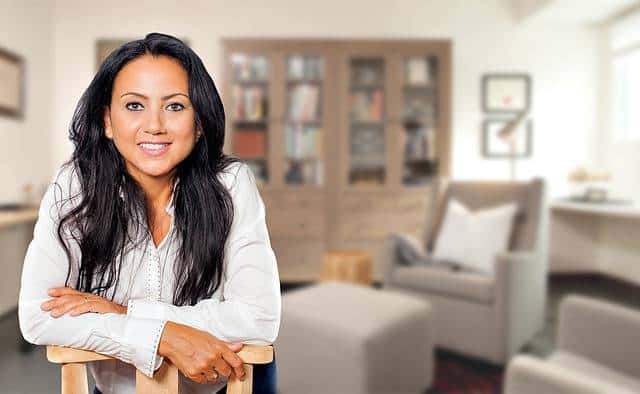 Social workers can act in many different aspects of social services. Many work with children who are in unstable families or have been fostered or adopted, but others work with vulnerable adults.

As a general rule, doctors, nurses and care workers look after those with physical and mental illnesses, and social workers aid people with mental illnesses as well, and people in situational difficulties.

The people that social workers look after include:

Safeguarding is a huge part of the social workers’ role, because they are working with some of the most vulnerable people in the country. Furthermore, many people in these groups are in their situation because of a great harm or trauma that has happened to them. This must be factored in when a social worker is deeming the appropriate care.

Disabled people and those with mental health conditions can sometimes be violated into becoming drug and alcohol addicts, criminals or sex workers. This is an extreme case of exploiting vulnerable people, but sadly it does happen in the UK and elsewhere in Europe.

Social workers, therefore, have a lot to deal with and it is highly important that they are a certain type of character. Social workers must be caring, compassionate and patient but also firm, calm in even the most distressing situations and fast thinkers. All social workers must complete a DBS check before beginning work, and training is thorough and complete. 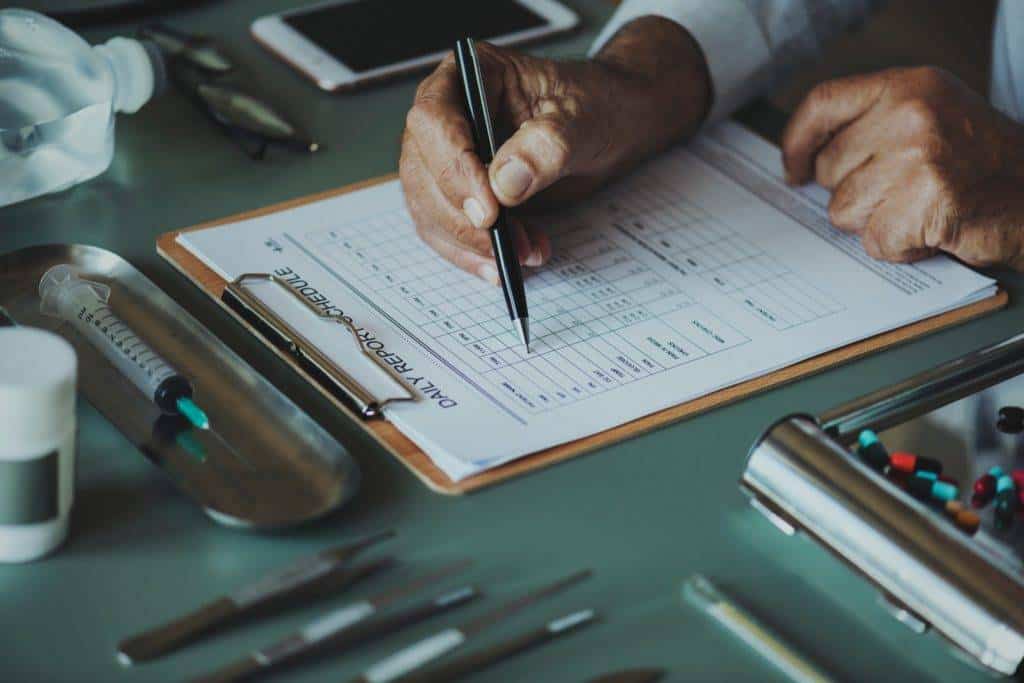 The Care Certificate sets out the standards, skills and behaviour required in health and social care. It is studied by anyone in the UK who is wanting to become a care or social worker. There are 15 minimum standards within the care certificate that must be studied in the induction programme to work in social services – standard number 10 is related to safeguarding adults.

After studying the care certificate, students are expected to know things like:

Social Services must look for signs of abuse or neglect. These can include: 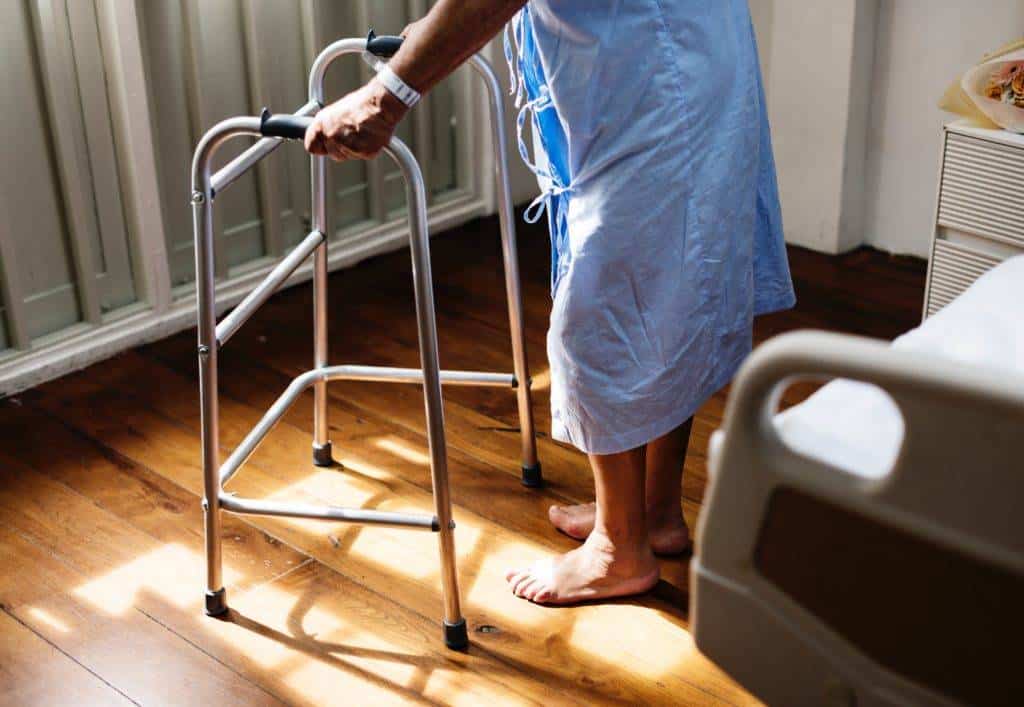 People with mental health conditions often do not need any social service intervention. For example, if someone is suffering from anxiety or depression, while their life may be very complicated and difficult to deal with, they probably don’t need the help of social services. They can get support from their GP, who can refer them to the appropriate care for their condition.

The community health teams aim to strengthen different aspects of the sufferer’s life. The programmes are built on a rehabilitation module, trying to help the patient with meaningful connections and things to do – like community groups, volunteering or paid work. They build meaningful relationships with people and help them on a path to continuous and permanent improvement.

Rehabilitation work like this also aids the community in learning about mental illness and reduces stigma. If the mentally ill patient is a victim of any kind of abuse, the rehabilitation work makes it much more likely that it will be spotted and subsequently, they will be safeguarded. Unfortunately, mentally ill people can be victims of abuse from violent people who don’t ‘get’ their illness. 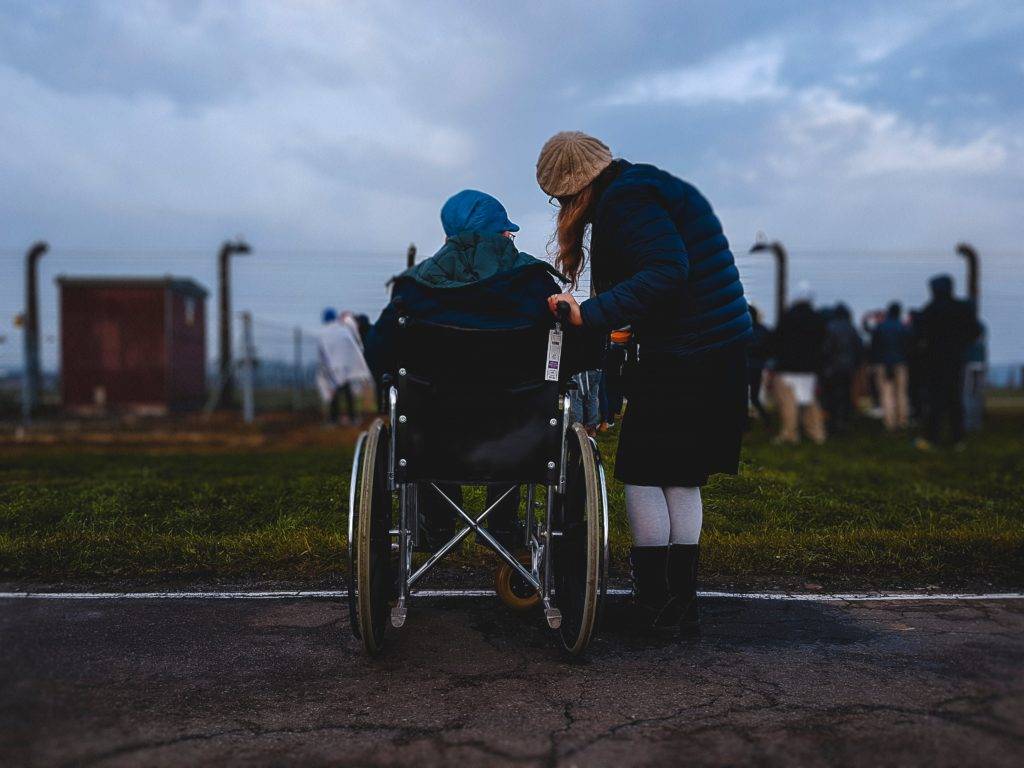 Disabled people are commonly taken advantage of and abused. The horrific murder of Steven Hoskin in Cornwall in 2006 called for more protection to be taken over the safeguarding of disabled people in the UK. He was brutally tortured and killed by people who he let into his home after they pretended to be his friends. The failure of social care and medical teams to pick up on Hoskin’s predicament showed some severe flaws in the safeguarding system.

It provides a valuable case study for the importance of not missing vulnerable people in dangerous situations. Hoskin had social support for two hours a week from social services from April to August 2005. In August, he decided to choose to no longer have this support – which was before the gang came into his life.

This gives the problem with choice when safeguarding – Hoskin cancelled his support out of his own free will, but had he known what was to come, of course he would have wanted it to continue. Nonetheless, social services still should have maintained some contact to safeguard him. Hoskin also saw several medical professionals, who failed to pick up on any signs that the group were abusing him.

It is a difficult role that social services have when people opt to not have help. However since this event, Cornwall vastly improved its safeguarding procedures. In fact, it was acclaimed that they have the best safeguarding for disabled people of anywhere in the country.

While this is one of the most horrific events that has happened in recent history, there are other instances of disabled people being forced to work as drug dealers or sex workers. It is very important that social services keep track of vulnerable people, offers help when it appears that someone is in a volatile situation. 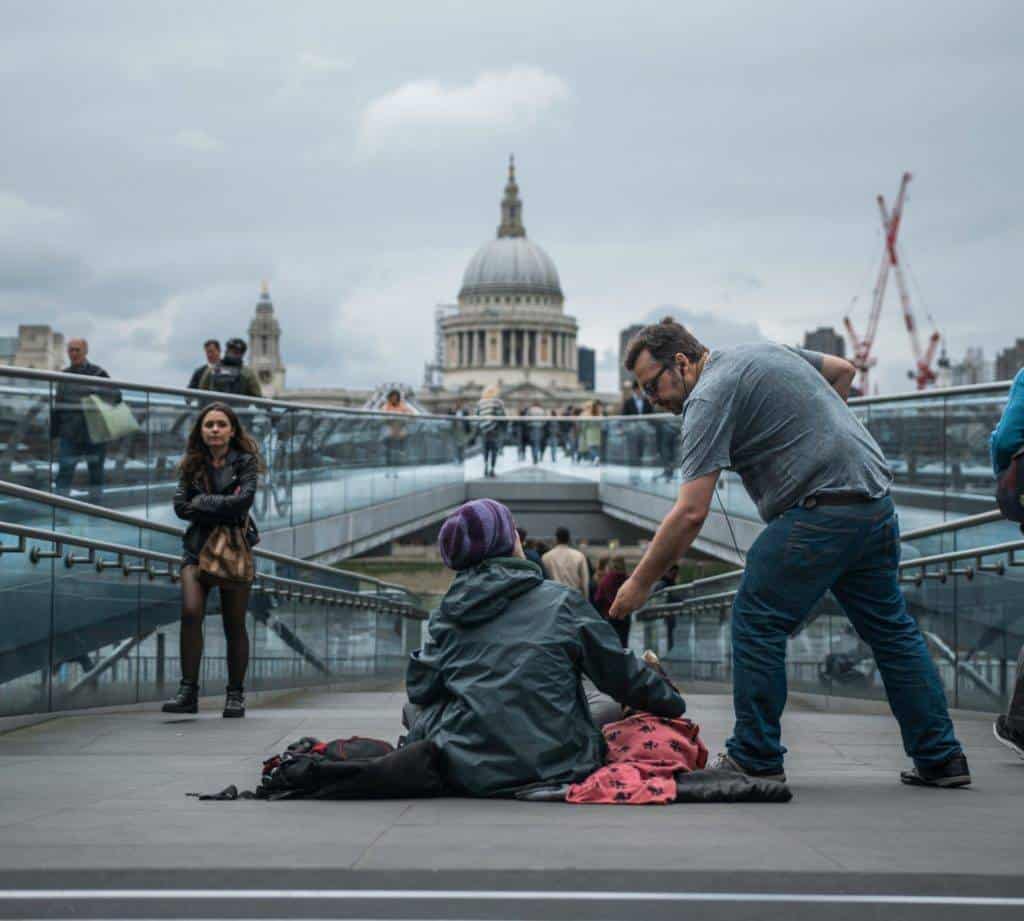 Homeless people are especially vulnerable in social services’ terms. Their lack of a house weakens them, as they are more susceptible to diseases and ailments. The average life expectancy of a homeless person is just 47 for men and shockingly, 43 for women. Many of their deaths, tragically, go unexamined.

Furthermore, homeless people are often psychologically damaged by events that have caused them to lose their home in the first place. For instance, many homeless people are victims of violence or drug and alcohol dependence. This makes them doubly vulnerable.

So how can the social services help when safeguarding homeless people? If it is a displaced family, they are likely to be put into council housing. However, the future is bleaker for single men and women. Social services tend to find housing for especially vulnerable homeless people, such as:

Vulnerable homeless people who do not meet these criteria are generally asked to ask their local council housing department for accommodation before they can get help from social services. There are also lots of charities aimed at helping homeless people throughout the UK. 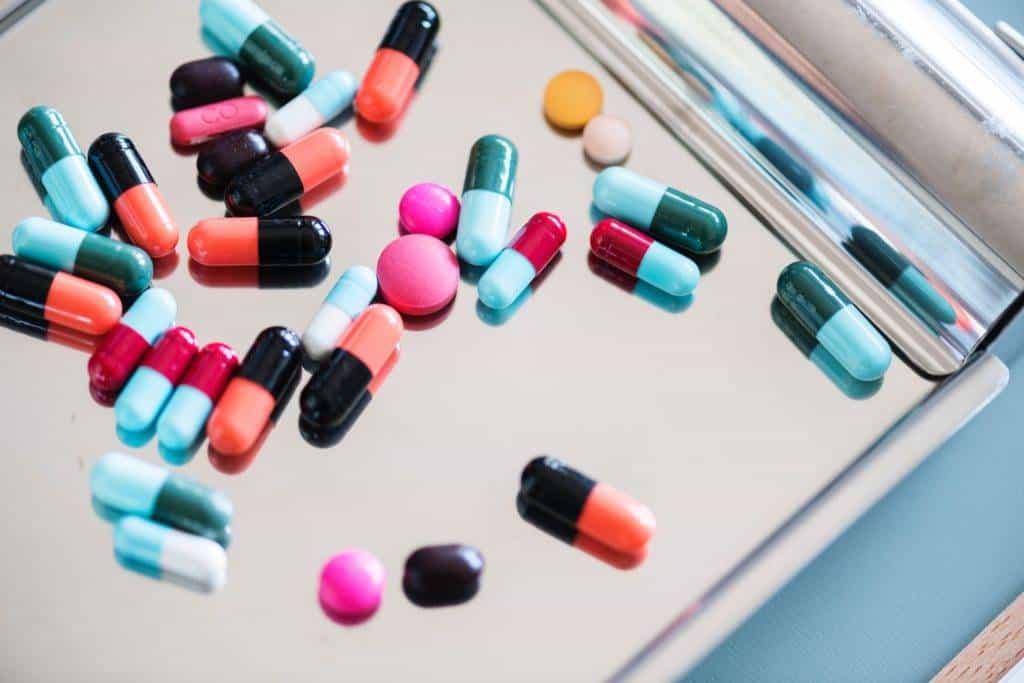 People who are known drug and alcohol abusers need to be kept a watch on by social services. Not only could they get themselves into harm, but they could cause damage to people around them. Parents with drug and alcohol issues are kept the closest eye on, as their habits could be very harmful to their children.

Often social workers will safeguard entire families, but drug or alcohol abusers without children are often sent for assessment by their GP. While alcohol and drug abuse is a part of social work training, many authorities agree that there should be more education on the topic.

GPs may introduce them to groups like Alcoholics Anonymous to help with their addiction. While independent organisations, these are classified as part of social care as well. Through groups like Alcoholics Anonymous, drug and alcohol addicts are safeguarded. They keep an eye on their well-being and work with them to overcome any issues that they have in the recovery process.

Social services have mixed roles and responsibilities when it comes to safeguarding vulnerable adults. While they often have a crucial role with looking after children, their duties for taking care of adults are somewhat mixed.

Social services have a crucial accountability when it comes to looking after disabled adults, and safeguarding is improving greatly throughout the country. The community health teams are a great improvement for mentally ill people who need support; the existence of them inevitability leads to safeguarding.

Drug and alcohol abusers are safeguarded by social services if they have families – although the focus is on their children and if the children are removed, they will face less support. They are also safeguarded by communities and support groups; but they must recognise their problem and want to get over it for the meetings to have a real effect.